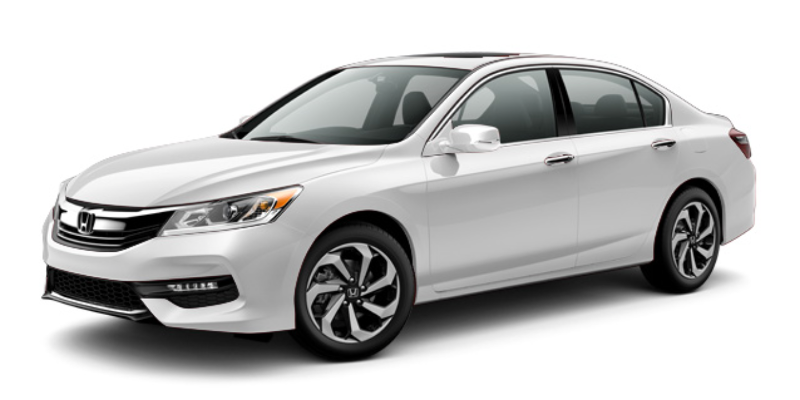 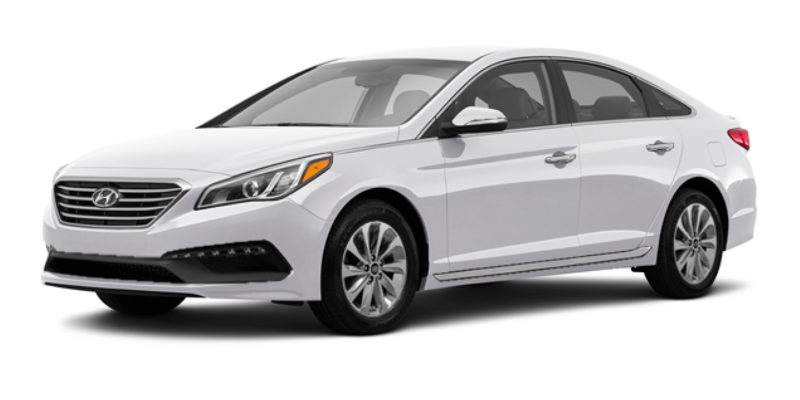 “There’s a reason the Honda Accord is typically a top-threebest-selling sedan in the U.S. It’s economical, practical, comfortable, and alittle sporting if you get the right model.” - Automobile

2017 Honda Accord is the benchmark for the segment

Over the past few years, Hyundai has gotten serious about breaking away from its budget-based production, instead gearing up to battle the premiere entry-level car makers of the last half-century. This means doing battle with the big three from Asia that have dominated the mid-size sedan rankings for decades. While the 2017 Hyundai Sonata has surpassed the Nissan Altima, and is currently getting the upper hand against the Toyota Camry, it still has one last opponent to vanquish.

If there is one vehicle that has reliability, comfort, andsatisfaction associated with it year after year, that vehicle is the Honda Accord. Consistently offering the perfect mix for single drivers, families,businesses, and more, it has been the premier entry-level mid-size sedan fordecades. Can the upstart 2017 Hyundau Sonata dethrone the trusted steed, the2017 Honda Accord, from its place at the top?

While a manual transmission is fun to drive, it is now lessefficient than the automatic transmissions being produced. If you want a manualin the 2017 Honda Accord, it will reduce your gas mileage, but at least it’s anoption. Because the Sonata doesn’t offer it, we’ll stick to comparing apples toapples and evaluate the cars with their automatic transmissions in place.

For the 2017 Hyundai Sonata, that means getting 25 miles per gallon around town with the 2.4-liter engine, or 36 miles per gallon on theopen road. If you spend a lot of time in the city, the 2017 Accord will be the better choice – while it gets the same 36 MPG on the highway, it gets 27 milesper gallon around town. Depending on how much you drive, that can start to addup after a bit. It’s not like going the Eco route matters either – the SonataEco with its low-output engine only gets 1 more MPG around town on the Accord, with the same highway mileage.

About that turbocharged engine versus the V6. In the Sport2.0T trim, it gets 22 MPG city and 31 MPG highway, while the Limited trim cutsthat to 21 MPG city and 30 MPG highway. The 2017 Accord with the V6 gets 21 MPGin the city and 33 MPG on the highway. Maybe turbo wasn’t the right way to gofor Hyundai…

The Experts Weigh In

“Suspension tuning has long been a weakness at Hyundai…” - Carand Driver

“There’s a reason the Honda Accord is typically a top-threebest-selling sedan in the U.S. It’s economical, practical, comfortable, and alittle sporting if you get the right model.” - Automobile

The 2017 Hyundai Sonata has clearly come a long way, and will certainly be a tough challenger for years to come. It has a pleasing, advanced look to it, smart ergonomics inside, and plenty of features and options. It isa quality, mid-size, five-passenger sedan.

The biggest difference between the 2017 Honda Accord and the2017 Hyundai Sonata highlights a difference in mindset that Honda has versusits competitors. The Accord does everything just a bit better. The fit andfurnishings in the interior feel just a bit more upscale. The same features areoffered on the Accord as the Sonata, but Honda makes them more accessible,either as standards on more trims or offered as options on more trims. And allthe time, Honda is doing it at the same price point. Going those extra few inches is what sets the 2017 Honda Accord as the reigning benchmark of the segment, and the better choice of these two vehicles.

Hyundai and Honda have differing mindsets when it comes to powering the 2017 models. While both offer a 2.4-liter, inline four-cylinder engine that offers 185 horsepower, the 2017 Honda Accord ekes out an extra 3lb-ft of torque. For economically-minded drivers, the Sonata offers a 1.6-liter turbocharged engine, but if you’re worried about the power in eco models, you’ve got your priorities a bit confused. Also, it’s not all that economical, as we’ll get to shortly.

It’s the step up that trips up the Sonata. The 2017 Honda Accord offers two different upgrades. The first, a sport-tuned version of the2.4-liter engine, bumps the output to 189 horsepower and 182 lb-ft of torque –the Sonata doesn’t have a similar up-tuned offering. The big push comes fromthe Accord’s 3.5-liter V6 engine, which offers 278 horsepower and 252 lb-ft oftorque. Confident and throaty, it’s a straight-up enjoyable engine to have.Hyundai went for turbocharging, instead of the larger engine, to keep fuelefficiency in mind. While torque is slightly better, at 260 lb-ft, there is alarger horsepower differential, as the 2.0-liter engine only produces 245 horsepower. That means that whenever you want to overtake on the open road, the Accord is going to give you better response and a better chance. But at least you’re saving fuel, right?

You’re not looking at an entry-level mid-size because you want high-performance, although we’ll get to that. At the forefront of the search is safety, and while both vehicles receive nearly identical safety ratings, when you scratch the surface, you see that there are some differences.

Both have received five stars for overall crash safety fromthe National Highway Traffic Safety Administration, the key tester. However, the 2017 Hyundai Sonata gets hit with a four-star rating for Rollover Risk, thanks to having a risk of 10.5% The Accord fares slightly better, with a 9.9% chance earning it a five-star rating. Not a major difference, but all elseconsidered, do you want to chance that .6%?

The chasm grows when you look at preventative safety featuresand how they are offered. On the 2017 Honda Accord, Honda LaneWatch – the branded version of blind-spot detection – standard on all trim levels above the base model. For the 2017 Hyundai Sonata, blind spot detection is only offeredon the two highest trim levels. Both offer a version of Lane Keeping Assist, and in both cases, it is only standard on the highest trim level. However, withthe Accord, it is available on all trim levels as an option, while it is onlyan option on the second-highest Sonata trim level. In many cases, the same equipment is available, but with the Hyundai, it is much more limited than withthe Honda.

Find A Local Accord Dealer